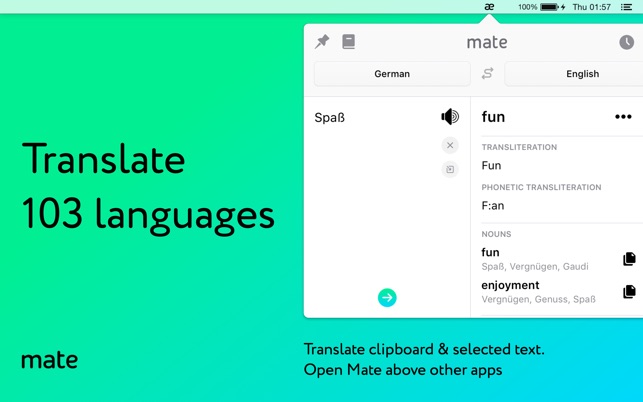 Microsoft Translator live is a free translation and transcription service that lets you have translated conversations across multiple devices on iOS, Android, Windows, PowerPoint and web for 1:1 conversations or larger group interactions. Support for real time conversation for over 60 languages including Spanish, French, Chinese, Japanese and many more. It's just a shortcut away — our Mac app provides state-of-the-art translations without breaking your workflow. With iTranslate for macOS you can translate words, phrases and text in over 90 languages. With voice output you can select between many different dialects, as well as male and female voices. Download this app from Microsoft Store for Windows 10, Windows 10 Mobile, Windows 10 Team (Surface Hub), HoloLens. See screenshots, read the latest customer reviews, and compare ratings for Translator. 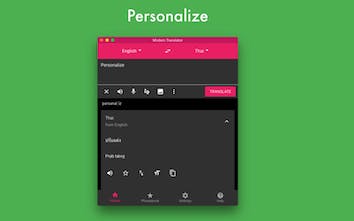 After you've pressed the Control button twice, MacLinguist reads the text of the element which is currently located under the mouse cursor. It can be text in any arbitrary application: a paragraph of text in Safari, some text on a system button or even a menu item in Menu Bar. MacLinguist can even translate filenames - just point your mouse on a file in Finder! If you prefer only a certain part of text to be translated, just select that part of the text, and press the Control button twice. Most OS X applications allow MacLinguist to translate text right away, however some applications like TextWrangler, Chrome and Opera, require the text to be selected (highlighted) prior to be translated. 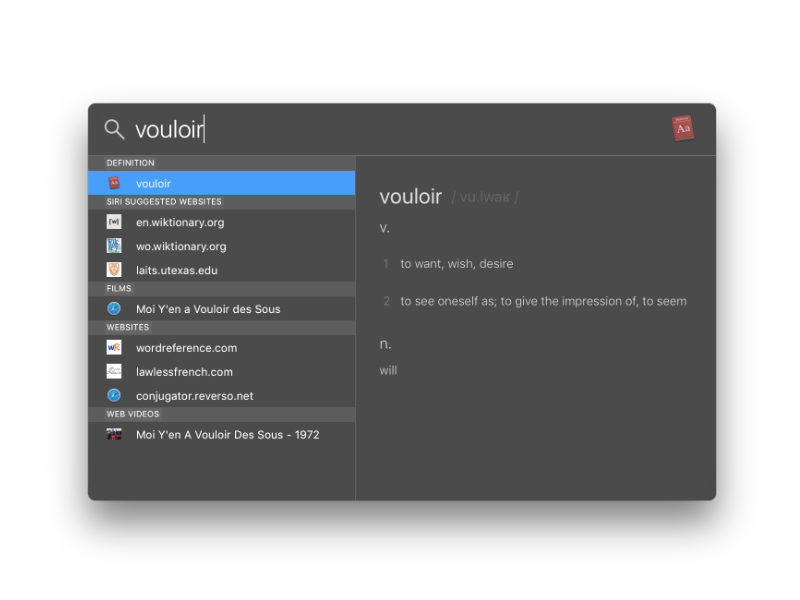 By default MacLinguist translates any of the 40 supported languages (it autodetects the language of the text) into your current system language, however you can easily select another destination language that you want MacLinguist to translate the texts to.