Click the button to download the latest version of Visual Studio 2017 for Mac. For instructions on setup and install, see the Setup and Install Visual Studio for Mac documentation.

To learn more about other related downloads, see the Downloads page.

This release focuses on improving the quality in Visual Studio for Mac through bug fixes, performance improvements, and reliability improvements.

Take advantage of the insights and recommendations available in the Developer Tools Blogs site to keep you up-to-date on all new releases and include deep dive posts on a broad range of features.

You can view prior versions of Visual Studio 2017 for Mac release notes on the Release notes history page.

In this tutorial, you configure Visual Studio Code to use the Microsoft Visual C++ compiler and debugger on Windows.

After configuring VS Code, you will compile and debug a simple Hello World program in VS Code. This tutorial does not teach you details about the Microsoft C++ toolset or the C++ language. For those subjects, there are many good resources available on the Web.

If you have any problems, feel free to file an issue for this tutorial in the VS Code documentation repository.

To successfully complete this tutorial, you must do the following:

Note: You can use the C++ toolset from Visual Studio Build Tools along with Visual Studio Code to compile, build, and verify any C++ codebase as long as you also have a valid Visual Studio license (either Community, Pro, or Enterprise) that you are actively using to develop that C++ codebase.

To use MSVC from a command line or VS Code, you must run from a Developer Command Prompt for Visual Studio. An ordinary shell such as PowerShell, Bash, or the Windows command prompt does not have the necessary path environment variables set.

To open the Developer Command Prompt for VS, start typing 'developer' in the Windows Start menu, and you should see it appear in the list of suggestions. The exact name depends on which version of Visual Studio or the Visual Studio Build Tools you have installed. Click on the item to open the prompt.

You can test that you have the C++ compiler, cl.exe, installed correctly by typing 'cl' and you should see a copyright message with the version and basic usage description.

If the Developer Command Prompt is using the BuildTools location as the starting directory (you wouldn't want to put projects there), navigate to your user folder (C:users{your username}) before you start creating new projects.

From the Developer Command Prompt, create an empty folder called 'projects' where you can store all your VS Code projects, then create a subfolder called 'helloworld', navigate into it, and open VS Code (code) in that folder (.) by entering the following commands:

The 'code .' command opens VS Code in the current working folder, which becomes your 'workspace'. As you go through the tutorial, you will see three files created in a .vscode folder in the workspace:

In the File Explorer title bar, select the New File button and name the file helloworld.cpp.

Now paste in this source code:

You can also enable Auto Save to automatically save your file changes, by checking Auto Save in the main File menu.

The Activity Bar on the far left lets you open different views such as Search, Source Control, and Run. You'll look at the Run view later in this tutorial. You can find out more about the other views in the VS Code User Interface documentation.

Note: When you save or open a C++ file, you may see a notification from the C/C++ extension about the availability of an Insiders version, which lets you test new features and fixes. You can ignore this notification by selecting the X (Clear Notification).

You can press the Tab key to insert the selected member; then, when you add the opening parenthesis, you will see information about any arguments that the function requires.

Next, you will create a tasks.json file to tell VS Code how to build (compile) the program. This task will invoke the Microsoft C++ compiler to create an executable file based on the source code.

From the main menu, choose Terminal > Configure Default Build Task. In the dropdown, which will display a tasks dropdown listing various predefined build tasks for C++ compilers. Choose cl.exe build active file, which will build the file that is currently displayed (active) in the editor.

This will create a tasks.json file in a .vscode folder and open it in the editor.

Your new tasks.json file should look similar to the JSON below:

The command setting specifies the program to run; in this case that is 'cl.exe'. The args array specifies the command-line arguments that will be passed to cl.exe. These arguments must be specified in the order expected by the compiler. This task tells the C++ compiler to take the active file (${file}), compile it, and create an executable file (/Fe: switch) in the current directory (${fileDirname}) with the same name as the active file but with the .exe extension (${fileBasenameNoExtension}.exe), resulting in helloworld.exe for our example.

Note: You can learn more about task.json variables in the variables reference.

The label value is what you will see in the tasks list; you can name this whatever you like.

The problemMatcher value selects the output parser to use for finding errors and warnings in the compiler output. For cl.exe, you'll get the best results if you use the $msCompile problem matcher. 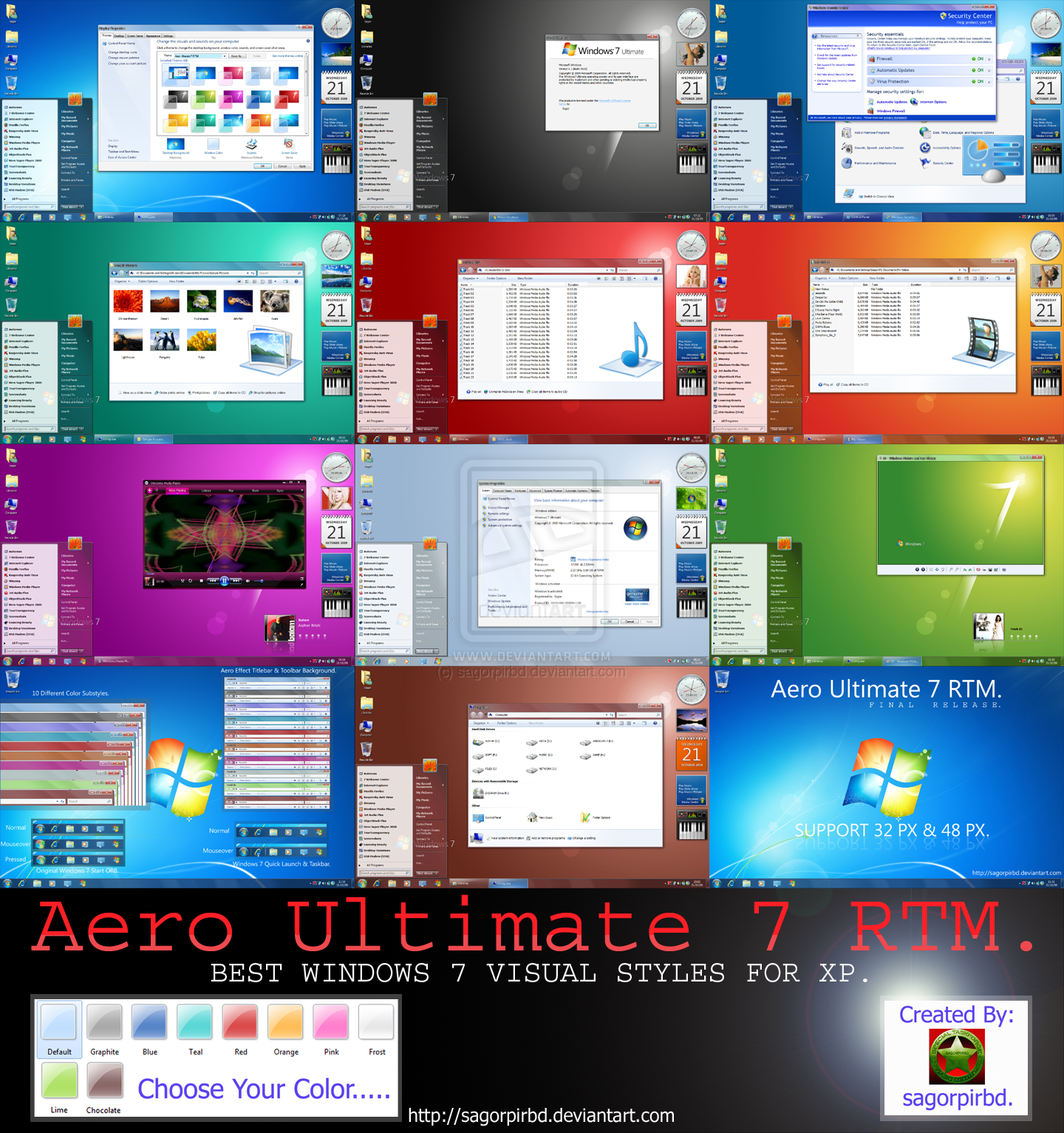 The 'isDefault': true value in the group object specifies that this task will be run when you press ⇧⌘B (Windows, Linux Ctrl+Shift+B). This property is for convenience only; if you set it to false, you can still run it from the Terminal menu with Tasks: Run Build Task.

Note: You might need to press Enter a couple of times initially to see the PowerShell prompt in the terminal. This issue should be fixed in a future release of Windows.

You can modify your tasks.json to build multiple C++ files by using an argument like '${workspaceFolder}*.cpp' instead of ${file}. This will build all .cpp files in your current folder. You can also modify the output filename by replacing '${fileDirname}${fileBasenameNoExtension}.exe' with a hard-coded filename (for example '${workspaceFolder}myProgram.exe').

Next, you'll create a launch.json file to configure VS Code to launch the Microsoft C++ debugger when you press F5 to debug the program. From the main menu, choose Run > Add Configuration... and then choose C++ (Windows).

VS Code creates a launch.json file, opens it in the editor, and builds and runs 'helloworld'.

Step through the code

Now you're ready to start stepping through the code.

Sometimes you might want to keep track of the value of a variable as your program executes. You can do this by setting a watch on the variable.

If you want more control over the C/C++ extension, you can create a c_cpp_properties.json file, which will allow you to change settings such as the path to the compiler, include paths, C++ standard (default is C++17), and more.

You can view the C/C++ configuration UI by running the command C/C++: Edit Configurations (UI) from the Command Palette (⇧⌘P (Windows, Linux Ctrl+Shift+P)).

This opens the C/C++ Configurations page. When you make changes here, VS Code writes them to a file called c_cpp_properties.json in the .vscode folder.

Visual Studio Code places these settings in .vscodec_cpp_properties.json. If you open that file directly, it should look something like this:

You only need to add to the Include path array setting if your program includes header files that are not in your workspace or in the standard library path.

The compilerPath setting is an important setting in your configuration. The extension uses it to infer the path to the C++ standard library header files. When the extension knows where to find those files, it can provide useful features like smart completions and Go to Definition navigation.

The compilerPath search order is:

If you have g++ or WSL installed, you might need to change compilerPath to match the preferred compiler for your project. For Microsoft C++, the path should look something like this, depending on which specific version you have installed: 'C:/Program Files (x86)/Microsoft Visual Studio/2017/BuildTools/VC/Tools/MSVC/14.16.27023/bin/Hostx64/x64/cl.exe'.

VS Code is now configured to use the Microsoft C++ compiler. The configuration applies to the current workspace. To reuse the configuration, just copy the JSON files to a .vscode folder in a new project folder (workspace) and change the names of the source file(s) and executable as needed.

The term 'cl.exe' is not recognized

If you see the error 'The term 'cl.exe' is not recognized as the name of a cmdlet, function, script file, or operable program.', this usually means you are running VS Code outside of a Developer Command Prompt for Visual Studio and VS Code doesn't know the path to the cl.exe compiler.

You can always check that you are running VS Code in the context of the Developer Command Prompt by opening a new Terminal (⌃⇧` (Windows, Linux Ctrl+Shift+`)) and typing 'cl' to verify cl.exe is available to VS Code.